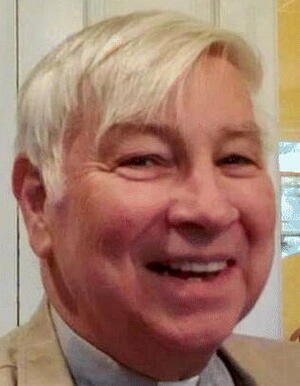 While still in his teens, it was while living with Isabel Simpson, his spiritual Irish immigrant grandmother, that Don's desire to become a minister took form. Sensing his call, he completed his undergraduate education and began his religious education which continued over a ten-year period.

In 2001, Don and Barbara were stranded in Ireland for nine days after their flight to Chicago could not enter U.S. airspace due to the 9/11 attacks. While trying to come to grips with the attacks on New York and Washington D.C. they found that Dublin's public lodging was completely booked causing them fear for a brief time of becoming homeless. Thanks to radio and TV which broadcasted the need for local families to consider inviting stranded Americans into their homes. Don and Barbara spent nine days in the warm and welcoming home of Kitty and Fergus O'Hehir.

That experience along with Don's long connection to the work of the mental health community and of chronic homelessness led to his role in addressing the problem within Terre Haute, IN. Following an extended period of research and education of chronic homelessness, Don sought and received spiritual support from his congregation at First Congregational Church. As efforts to seek funding for the needed housing grew Mental Health America of Terre Haute became a working partner. In mid-2000 a ten-unit apartment building was constructed, followed later by a 30-unit apartment building, and more recently (2017) another exclusively for military veterans who are chronically homeless and with disabilities.

​He is surely in heaven rejoicing with so many loved ones who went before him while watching over his earthly family and friends.
His life was inspired by the lives and writings of Henri Nouwen and Thomas Merton, leading prayer and healing services at annual meetings of the NACCC, as well as silent and spiritual retreats and workshops. He was a passionate advocate of the practice of silence, meditation and mindfulness.
Powered by